A word that almost brings the cool air with it is a secret hide out of the tourists each year. Situated at an altitude of 1,938mtrs, this dreamland town with its beauteous splendour is one of the most popular tourist resorts of the country. Nainital is a glittering jewel in the Himalyan necklace, blessed with scenic natural splendour and varied natural resources. Dotted with lakes, Nainital has earned the epithet of ‘Lake District’ of India. The most prominent of the lakes is Naini lake ringed by hills. Nainital has a varied topography. Nainital’s unending expense of scenic beauty is nothing short of a romance with awe-inspiring and pristine mother nature.

Nainital is referred to in the ‘Manas Khand’ of the ‘Skanda Purana’ as the Tri-Rishi-Sarovar,the lake of the three sages ,Atri,Pulastya and Pulaha who were reputed to have arrived here on a penitential piligrimage, and, finding no water to quench their thirst dug a hole and siphoned water into it from Mansarovar the sacred lake in Tibet.

The Second important mythological reference to Nainital is as one of 64 ‘Shakti Peeths’.These centres were created wherever parts of charred body of Sati fell ,when Lord Shiva was carrying around her corpse in grief .It is said that the left eye (Nain) of Sati fell here and this gave rise to patron deity of town Nainital . It is said that the lake is formed in the emerald eye shape . Naina Devi temple is located at the northern end of the lake . Thus name of Nainital derivated from Naina and the tal (Lake).

The nucleus of Nainital’s exquisite beauty is beautiful lake .In the day ,mirrored in its waters stand seven proud hills,dotted with pretty cottages and villas . This reflection alone holds one spell bound. More beautiful than this however is the lake at night when the myriads of bulbs from the hill sides and quite a large number hanging near the lake’s edge stab their magic light into its waters. The north end of lake is called Mallital while the southern one is called Tallital which have a bridge (Danth popularly named) having Gandhiji’s statue and post office on its sides .It is the only Post Office on the lake bridge in whole of the world.

We offer best Nainital Volvo Package and Delhi Nainital Package and assure that you will enjoy it and give us chance again. 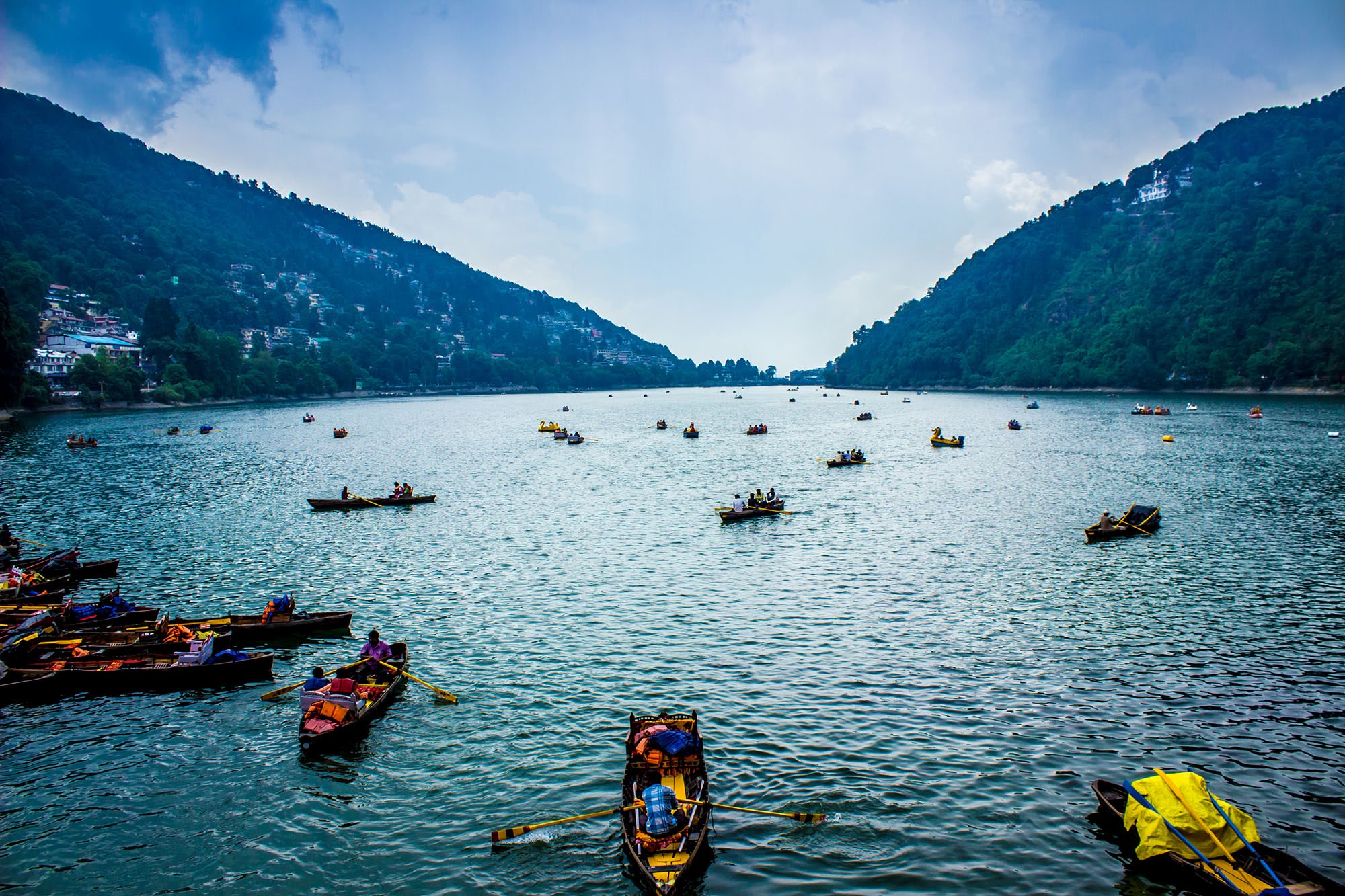